Another guest day, although this time technology let us down a little due to the location of the guest i.e. in the middle of rural Hertfordshire with very poor 4G capabilities.

The guest? My brother David -an accomplished runner who has, for years, been a huge advocate of the headspace, de-stress capabilities and thinking time that running can bring. I am, indeed, late to this particular party, however now I too have grasped these benefits from trotting around on my two feet, it would have been good to have reflected wit David on these points. Unfortunately, as mentioned, technology meant that we had a few broken conversations before the run was suddenly over….well, on my part it was….I’m not sure my brother grasped the concept that “virtual running” still means that it is as if you are running together. Running the same distance. Not running different distances and carrying on when your running partner has stopped. In fact, in this instance, running 5km together as part of my 5 for 50 for 5!!!!! Oh well. It was still great to share the time.

So, there we have it. We’re in the home stretch. I can almost see the finishing line and am beginning to think about how best to end the final run. Still, I have a few hours of running left to nail that one.

Today’s route was predominantly cross country and, as the ground drys out, these are becoming much more pleasant than they were several weeks ago when I was running in mud and ankle-deep water! 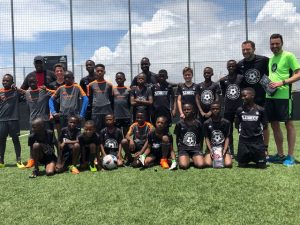